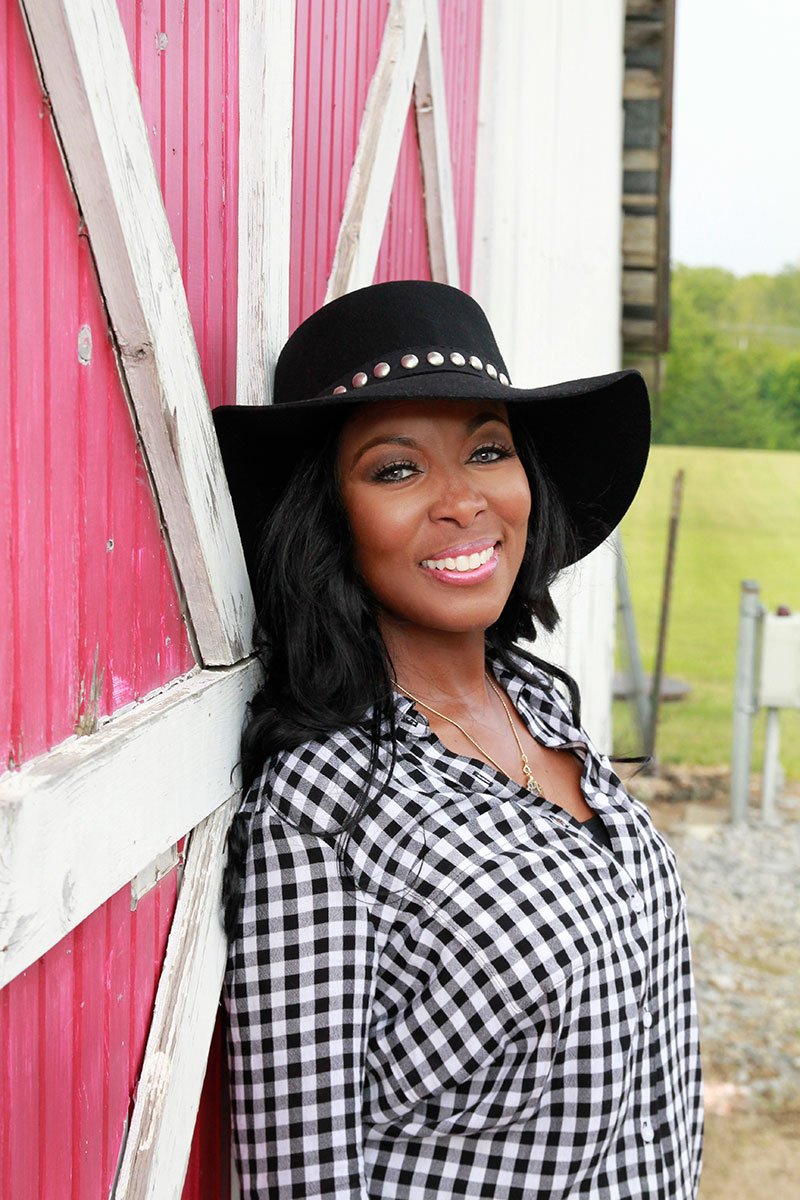 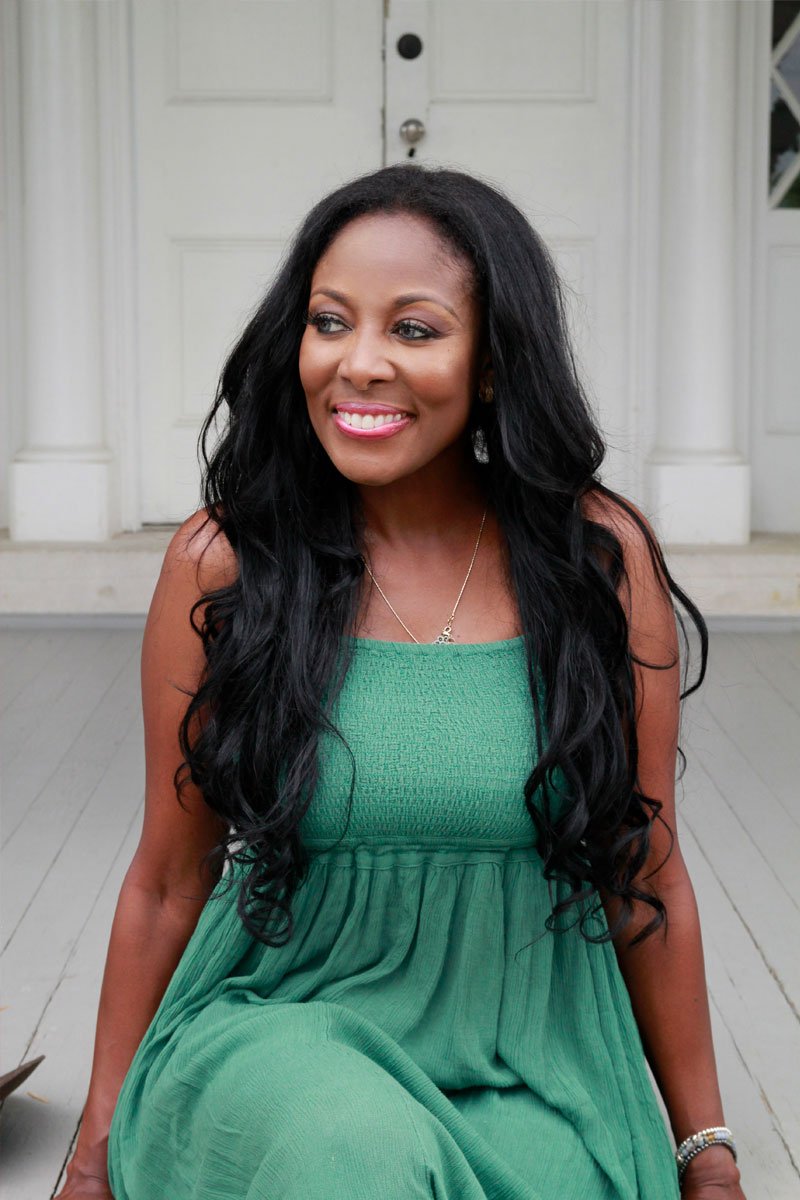 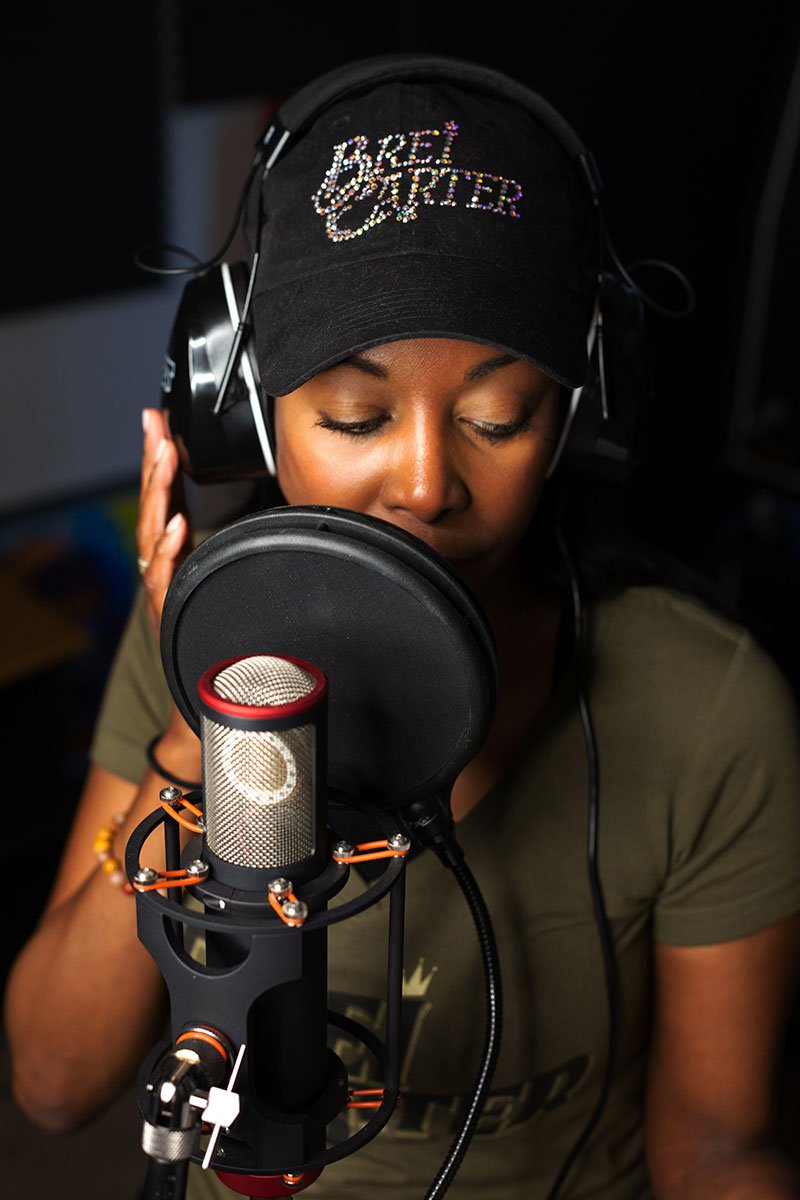 Emerging crossover country and southern pop recording artist Brei Carter is proof that sometimes faith, patience and time pays off. Growing up in Monroe, Louisiana with a solid, southern upbringing, Brei’s family raised her on several authentic southern staples: the Bible, Lone Star Missionary Baptist Church’s choir, Charley Pride, Loretta Lynn, Aretha Franklin, and no shortage of familial love and devotion. With the combination of those influences, and her growing interest in music and lyrics, it didn’t take long before she began writing her own poetry and short stories as a young girl. To God.

“I would write these little short stories which I could also hear myself singing in my head, and I could visualize singing them to large audiences,” Brei reminisced. “

However, as the years passed, those poems and stories inevitably got bottled up into her psyche while she successfully pursued other life callings in education and military service. Brei has earned a Bachelor’s Degree in Business from University of Louisiana at Monroe, a Master’s Degrees in International Relations from Webster University, and a Doctorate in Theology from New Foundation Theological Seminary in Mississippi. Moreover, Brei also found time to proudly serve her country in the U.S. Army as an enlisted soldier and as an officer.

“I basically just let life happen and had many victories and mistakes along the way, like we all do,” Brei charmingly laughed off. “After college and my military service, while working in the corporate medical device industry, I constantly had that feeling that there was something more that I was supposed to be doing with my life.”

However, it was when Brei’s biological father passed away in 2014 when she finally decided it was time to go all-in on her lifelong dream of becoming a country music recording artist and singer-songwriter. After discussing it with her mother, they agreed this is what she was born to do.

“Life really is precious, and if God gives you a gift, you better use it, and live to the fullest,” Brei confidently said. “You only get one chance in this lifetime, and we all have a choice. I choose to live, and I choose to sing!”

And over the last few years Brei has done just that after relocation to Nashville in 2019. She’s been writing and recording authentic country and pop crossover songs which are collectively reflective of her diverse group of musical inspirations, but have also given her the creative freedom to pursue her own craft of songwriting. Brei has also wasted no time with joining the vibrant songwriters community along Music Row, collaborating with Nashville locals Cory Lee Barker, Mason Douglas, and Jason Wyatt on her initial eight single releases since 2019.

And much like a fine wine gets better with age, Carter is just now beginning to uncork the creative spirits which she’s had bottled up since childhood. On her initial releases, Brei has quickly established her reputation as being determined, sweet, passionate, and vivacious, with a healthy dose of southern sass to boot. Unmistakable personality traits and songwriter characteristics which also made their way into the recording studio and are cleverly heard, helping define her unique musical style.

Since 2019, Brei’s songs have been individually diverse, much like most of her musical heroines. From the cheeky declarations she reminds us of on “Country Choir,” or her soulful vocal bliss on the self-reflective “Smiling,” or her cheery southern twang and lyrical playfulness on “Here’s To Nowhere,” Brei’s smooth and sometimes edgy style of country and southern pop is exactly what today’s music fans instantly connect with.

2021 proved to be Brei’s breakout year, as she took her first song “Gave Him A Girl” to country radio, where it has since charted up to #71 on Music Row’s Country Breakout Chart. The song was also recognized as “cute and catchy” by country music historian and veteran journalist Robert K. Oermann in his weekly DISClaimer column for Music Row Magazine.

Brei also released a heartfelt tribute song to one of her biggest musical influences growing up, Charley Pride, covering his signature #1 hit song, “Kiss An Angel Good Mornin,” a song project which she described as being “awe-struck” to put together after listening to her father sing that song to her while growing up in Louisiana.

With a growing catalog of new music she’ll release throughout 2022, including an anticipated debut EP/album, this young singer-songwriter is a welcome addition to the emerging new styles of the country music community.

“I really just want people to feel through my music,” Brei explains. “My mission is to inspire, to give hope, and to unleash feelings and emotions which help people to heal. I want my songs to be a voice for those that can’t express themselves, or for those who need a little help with finding themselves.”