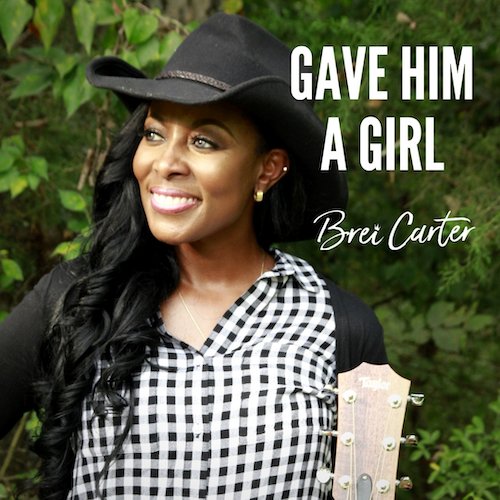 Out now on YouTube; with network TV premiere on Monday, October 11 on The Country Network, followed by The Heartland Network’s ‘Country Music Today’ and streaming on Nashville Country Music TV

Carter to be a featured guest artist on WoodSongs Old Time Radio Hour, Monday, Oct. 4 at Lyric Theater in Lexington, and streaming live at 7pm ET at WoodSongs.com/live

NASHVILLE, Tenn. – Crossover country and southern pop recording artist Brei Carter is excited to release her new music video today (youtu.be/vEheHlkZfDU) for “Gave Him a Girl,” a song which she proudly embraces her southern country roots. The song was recently heralded by journalist and country music historian Robert K. Oermann as “cute and catchy” in his weekly single review column for Music Row Magazine. The video also follows suit and hints at scenes from Brei’s upbringing as a little girl, her family’s influence on her, and shows the very authentic and vivacious southern persona she is building a reputation for.

“Being your best self is being an original, and that’s so much better than being an imitation of someone else,” Carter said. “Girls, live in your skin and love who you are because with you everyone gets the best of both worlds!”

The video is also set to make its network TV premiere on Monday, October 11 on The Country Network, along with forthcoming airings on Country Music Today on The Heartland Network, and will be added to the live-streaming rotation at Nashville Country Music TV.

Brei is also one of the featured guest performing artists on Michael Johnathon’s WoodSongs Old Time Radio Hour, Show #1019, being taped tonight at the historic Lyric Theater in Lexington, Kentucky. Brei is set to perform “Gave Him A Girl” and a few others, along with telling the stories behind her songs. The show will stream live at 7pm ET at WoodSongs.com/Live.